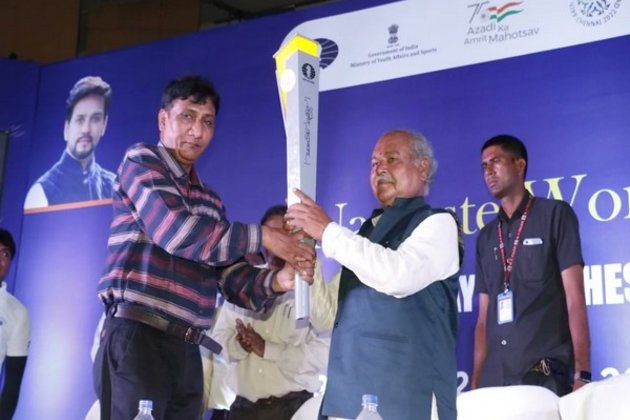 In Gwalior, Union Agriculture Minister Narendra Singh Tomar received the torch from KS Rathore and handed it over to Ojas Singh. Ojas took the torch forward to Gwalior fort.

Earlier on Tuesday, the torch travelled to Jhansi in Uttar Pradesh.

The torch relay was launched by Prime Minister Narendra Modi.

The torch will travel to 75 cities for 40 days before it culminates at Mahabalipuram in Tamil Nadu. Over 200 countries are participating in the Chess Olympiad. Chess grandmasters will receive the torch at various identified venues.

The 44th edition of the world's biggest chess event will be held in Mahabalipuram near Chennai from July 28 to August 10. (ANI)