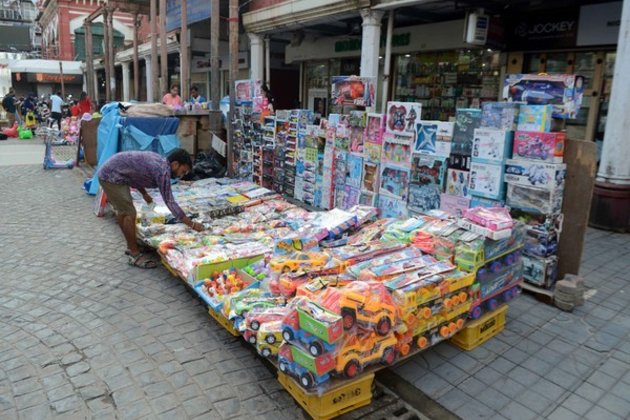 New Delhi [India], July 5 (ANI): Make-in-India initiative of Prime Minister Narendra Modi's government has yielded positive results for the toy sector in the country with imports down by 70 per cent while 61 per cent surge in exports in the last three years, the government data showed on Tuesday.

Speaking to media during the 13th edition of Toy Biz B2B (Business to Business) International Exhibition, Anil Agrawal, Additional Secretary, Department for Promotion of Industry and Internal Trade (DPIIT), highlighted the clarion call given by the prime minister on "Rebranding the Indian Toy Story".

He emphasised on the availability of right kind of toys for children, using toys as a learning resource, designing of toys based on the Indian value system, Indian history, and culture to strengthen the domestic design and position India as a global manufacturing hub for toys.

He said the industry has benefitted from a number of interventions by the government and the results show the success of the Make-in-India programme. He added that the imports were mainly restricted to some components of toys.

The interventions taken by the government to promote Make-in-India in toy sector include bringing it under compulsory Bureau of Indian Standards (BIS) certification, quality testing and an increase in customs duty.

In February 2020, the government increased basic customs duty on toys from 20 per cent to 60 per cent.

As per the Quality Control Order (QCO), every toy shall conform to the requirements of relevant Indian Standard and bear the Standard Mark under a licence from BIS as per Scheme-I of BIS (Conformity Assessment) Regulations, 2018. This QCO is applicable to both domestic manufacturers as well as foreign manufacturers who intend to export their toys to India.

QCO on Toys was amended in December 2020 to exempt goods and articles manufactured and sold by artisans registered with Development Commissioner (M/o Textile) and also by registered proprietors and authorized users of a product registered as Geographical Indication by the Office of Controller General of Patents, Designs and Trademarks (CGPDTM).

BIS made special provisions on 17th December 2020 so as to grant license to micro-scale units manufacturing toys without the testing facility for one year and not to insist on establishing an in-house facility.

Miracle in Milan (Miracolo a Milano)