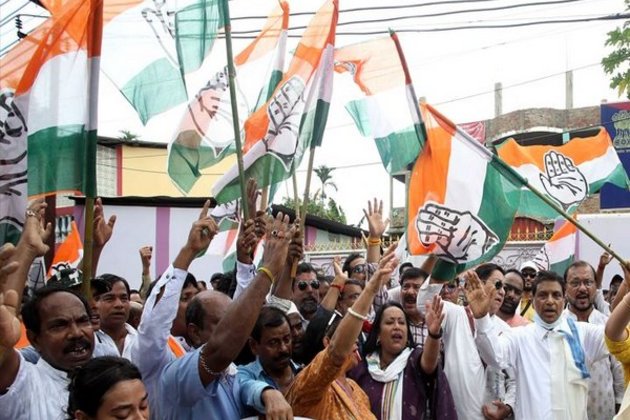 By Siddharth SharmaNew Delhi [India], July 4 (ANI): Learning lessons from the defeat in past elections, top Congress leadership has asked the party's Gujarat unit to refrain from making personal attacks on Prime Minister Narendra Modi and not allow the state Assembly elections scheduled to be later this year to become a "Modi vs Congress" battle.

Congress' Task Force, which was constituted to chalk out a strategy for the polls in the run-up to the 2024 Lok Sabha elections, on Monday held a meeting with leaders from the party's Gujarat unit on Monday to discuss the strategy for the Gujarat Assembly polls.

According to sources, in the meeting which lasted for more than four and a half hours, it was decided that no personal attack should be made against PM Modi and the election should not be allowed to be "PM Modi vs Congress" battle.

Sources said, the Task Force, however, asked the Gujarat unit to criticise the policies of PM Modi's government during the campaigning for the state Assembly elections.

In the past, Congress leader Mani Shankar Aiyar's "chaiwala" jibe ahead of the 2014 Lok Sabha elections and "neech aadmi" remark during the 2017 Gujarat elections against PM Modi and Sonia Gandhi's "Maut ka Saudagar" comment put the Congress on the backfoot as the BJP used these statements to its advantage during the campaign.

PM Modi, who hails from Gujarat, has the distinction of being the longest-serving Chief Minister of the state with his term spanning from October 2001 to May 2014. PM Modi is the star campaigner of the BJP and the party ran a concerted campaign in 2017 Assembly elections to defeat the Congress which put up a credible performance.

In the meeting today, it was also decided that the Gujarat government's failures, issues of Dalits, farmers and tribals and the state should be the focus of the Congress poll campaign, sources said.

With the entry of the Aam Aadmi Party (AAP), which is aiming to make inroads in Gujarat after the landslide victory in Punjab, the Assembly election in Gujarat this time has become a triangular contest.

Sources said that Congress decided that the AAP should be promoted as the "B team of the BJP", as well as the promises of the Arvind Kejriwal government in Delhi should be exposed in Gujarat.

According to sources, the decision taken in the meeting will be sent to Congress interim President Sonia through in-charge Raghu Sharma for her final seal.

In the 2017 elections, the BJP clinched 99 seats out of 182, while the Congress improved its tally winning 77 seats in the 182-member Gujarat Assembly. (ANI)