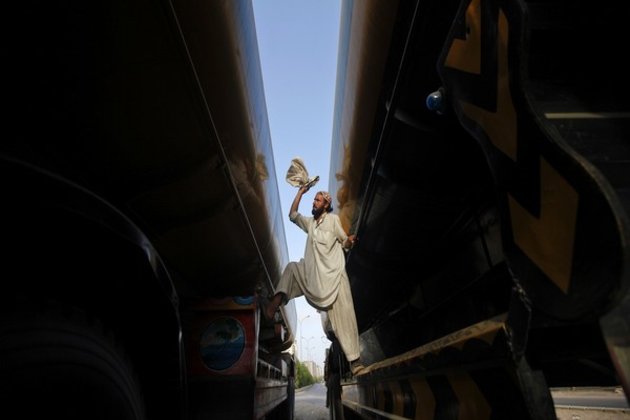 Around 15 OMCs are reported to have imported over 2.4 billion litres of petrol from China in two years earning a windfall of more than Rs 20 billion because of a special arrangement allowed under the China-Pakistan Free Trade Agreement (CPFTA), reported Dawn.

It is not clear yet as to how and why the petroleum imports were made part of the revised CPFTA in 2019 when China is a net importer of oil and these products were not in the original FTA (Free Trade Agreement) signed in 2006 and then revised in 2016. It is also strange that such a facility is not part of the FTA with Malaysia which is a major oil producer and exporter.

Under the country's import policy, petroleum products attract 10 pc customs duty on imports while an equivalent 10 pc deemed duty is applicable on local production of these products.

However, the CPFTA provides duty exemption to thousands of items in bilateral trade, including petroleum products that in some cases entail 0.25-0.5pc additional customs duty (ACD).

Interestingly, petroleum pricing at present is neither based on cost-plus formula nor on an individual OMC basis. Instead, prices are worked out by the Oil and Gas Regulatory Authority (Ogra) on the basis of rates published in Platt's Oilgram and the OMCs are free to import their products from sources of their choice and keep in view commercial viability, reported Dawn.

No wonder then, the state-run Pakistan State Oil (PSO), which is a market leader, also took windfall benefit of petrol imports from China.

The biggest beneficiary of the facility appeared to be Shell Pakistan which imported about 1.165 billion litres of petrol and claimed customs duty waiver and paid about Rs1.08 billion as ACD.

The second biggest beneficiary turned out to be GasOil Pakistan which imported more than 474m litres of petrol from China and paid just Rs 153m as ACD and no customs duty, reported Dawn.

Under the CPFTA renegotiated in 2019, the government had issued statutory regulator orders on December 31, 2019, which abolished tariff on import of petrol. As such, there was no customs duty on import of petrol from China with effect from January 1, 2020.

This results in a price saving of about 10 pc on petrol imports from China. However, this price differential is retained by the OMCs as windfall profit instead of its benefit reaching the exchequer or the consumers. Depending on the international petrol price published in Platt's Oilgram, the gap normally works out between Rs 9 and Rs 12 per litre.

To help US businesses, 35,000 foreign workers to be taken in

WASHINGTON D.C.: Due to the inability of businesses to hire enough workers, the U.S. has announced that it will grant ...