Platinum pudding: a history of desserts with royal connections 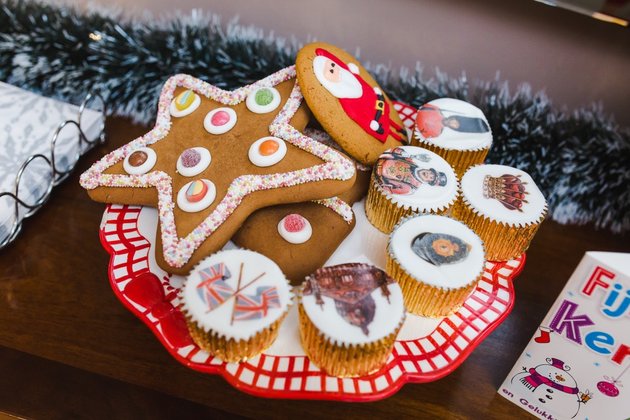 Inspiration for new puddings might come from the famous Eton mess, given the current furore over the prime minister's alleged violations of lockdown, or a pineapple sticky toffee pudding to commemorate the fresh pineapples the royal couple were given as a wedding present in 1947.

The jubilee pudding will not be the first recipe dedicated to Her Majesty. Poulet Reine Elizabeth - better known as coronation chicken - was devised to mark her 1953 coronation and is now a familiar sandwich filling.

Victoria sponge is the most obvious cake or pudding named after a monarch. No sooner was she was crowned than recipes began to circulate for "a cake which the confectioners have dignified with the name of Victoria cake".

The recipe called for 12 egg yolks and a pound of sugar, flavoured with lemon and whisked for a gruelling 45 minutes. Prolonged whisking was necessary as before the invention of baking powder in the 1840s cooks relied on air to leaven their cakes (yeast was another option).

The egg-heavy sponge was not the only contender for the title. If you asked for a "Victoria cake" in one of the many bakeries or tea shops that dotted Britain in the mid-19th century, you were just as likely to be served a fruit cake containing glace cherries and ground almonds. This means we have no idea what sort of confection it was that landed young Emma Kemp in a Norfolk court in 1849, when she was charged with obtaining a Victoria cake under false pretences, according to newspaper archives.

Read more: A brief history of Christmas Pudding - and why it can actually be quite good for you

In fact, all sorts of things were named after Queen Victoria, from potato soup to a variegated jelly (a striped jelly). At the 1838 coronation celebrations in Brighton, 4,000 children from charity schools were served a mammoth Victoria pudding weighing over 200lb. Requiring 120 eggs and over 70lbs of dried fruit, it was lowered into a boiling pan with ropes. The children were also treated to some 300 gallons of beer, archives reveal.

Nineteenth century celebrity chefs were fond of naming dishes after public figures and events, so it's not surprising that other milestones in Victoria's reign attracted their own commemorative treats. Auguste Escoffier, head chef at the famous Monte Carlo Grand Hotel, baptised a flambeed cherry compote as "cerise jubilee", to mark the queen's golden jubilee. Cherries jubilee later became a dinner party staple, prepared theatrically in a chafing dish and accompanied by vanilla ice cream.

The tradition of naming foods after monarchs is of course much older than these Victorian commemorations. Earlier British cookery books offered recipes for Queen Anne's pudding and King William's posset. Linking a recipe to a ruler dignified the dish and to some degree the cook through association. Alongside such allusions to specific monarchs, earlier cookbooks also included recipes with more generic regal references.

Authors explained how to make queen cakes, queen's pancakes, queen's delight, or queen's pudding. Queen's pudding was often a form of what later came to be called apple Charlotte, a name that probably commemorated Queen Charlotte (1744-1818). As with cherries jubilee, an older dish was thus given a new association with a specific monarch.

And then there's queen of puddings. In a glorious reversal, here it is the pudding itself that wears the crown. Its layers of rich bread pudding, jam and soft meringue became popular in the mid-19th century and remain, in the words of Tesco Real Food , "dessert royalty".

So what advice does history offer when it comes to winning the platinum pudding contest? The most enduring dishes with royal connections are not entirely new inventions, but rather familiar dishes - an eggy sponge cake, an apple puree encased in buttery bread - given a new identity as a commemorative dish.

So you could rebrand your favourite dessert with a glossy regal title. Or perhaps you'd prefer to submit something with a republican twist? In that case how about Washington biscuits, named after US President George Washington? These little almond meringues are topped with apricot jam and glace icing flavoured with curacao liqueur. Yum.