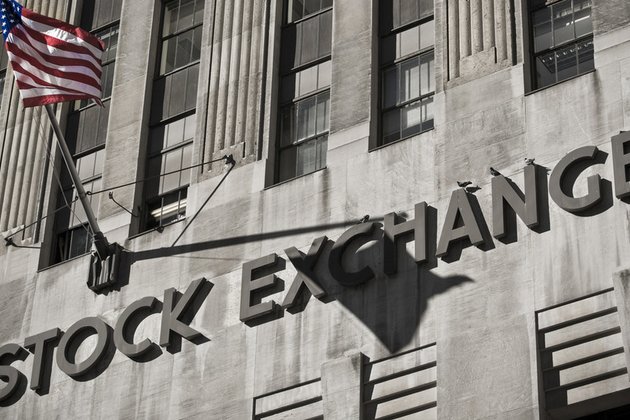 Democratic senators want to ban fellow lawmakers from trading individual stocks, a controversial practice that many see as inherently corrupt

A bill that would ban sitting members of the US Congress and their family members from stock trading has been introduced in the Senate. House Speaker Nancy Pelosi recently defended market access as essential in a free economy.

Jon Ossoff, a Democratic senator from Georgia, joined forces with his fellow party member Mark Kelly of Arizona to sponsor a new anti-insider-trading bill. It requires US lawmakers and their family members to either divest from stock assets or put them into a blind trust while holding office. The measure is meant to reduce the conflicts of interest that investor lawmakers face as public servants.

"Members of Congress should not be playing the stock market while we make federal policy and have extraordinary access to confidential information," Ossoff said.

At the moment, lawmakers can participate in daytrading, but are obliged to report it under the 2012 STOCK Act. A wide-ranging investigation by Insider revealed last month that last year 54 members of Congress were in violation of the rules in some way. Ossoff and Kelly are among 10 lawmakers who volunteered to put their portfolios into blind trust, according to the report titled 'Conflicted Congress' - a fact that the two reflected in their joint press release.

Reportings under the STOCK Act make it possible to evaluate how good members of Congress are at trading, and year after year many of them outperform the market. The watchdog Unusual Whales released its latest analysis on Monday. It showed elected officials making transactions worth nearly $290 million last year and enjoying return rates well above that of $SPY, Standard & Poor's exchange-traded fund.

According to Unusual Whales, House Speaker Nancy Pelosi, the most successful Democratic member of Congress to trade stocks last year, was asked by journalists about the report and defended lawmakers' right to invest in individual stocks. "We are a free market economy and should be able to participate," she said while explaining her opposition to restrictions.

However, momentum is growing to outlaw the practice, which critics perceive as a legalized form of political corruption that ultimately skews the decisions of legislators toward serving their own financial interests. Ossoff and Kelly cited support for a ban by good-governance organizations as well as 76% of American voters across the political aisle, when justifying their bill.

A competing bill banning stock trading by Congress members is reportedly about to be introduced by Republican Senator from Missouri Josh Hawley. According to Axios, Ossoff sought Hawley's support for his initiative to make it bipartisan, but talks "fizzled out." The differences between the two initiatives are in the scope (the Ossoff/Kelly version includes dependent children of sitting members in addition to spouses), penalties and enforcement mechanisms, the report said.

Snow storm closes much of Greece, including Athens

ATHENS, Greece: A severe snowstorm that swept across the Mediterranean region has stranded thousands of motorists on a motorway in ...

BRUSSELS, Belgium: A European Union watchdog, the European Court of Auditors (ECA), has warned that the EU faces considerable economic ...

FORT PIERCE, Florida: The U.S. Coast Guard is searching the waters off eastern Florida, with hopes of saving 39 missing ...

BANGKOK, Thailand: In a landmark move, Thailand, on January 25, emerged as the first Asian nation to decriminalize the use ...

TAIPEI, Taiwan: In its largest sortie in 2022, China sent 39 warplanes towards Taiwan on January 24, amidst tensions over ...

PARIS, France: Under the latest COVID-19 rules adopted by the French government, leading tennis player Novak Djokovic could be allowed ...

PALO ALTO, California: Tesla CEO Elon Musk has predicted that the electric carmaker, which reported a record $5.5 billion in ...

NEW YORK, New York - U.S. stocks roared on Friday with all the major indices racking up solid gains. The ...

DETROIT, Michigan: General Motors Co. has announced that it will invest nearly $7 billion in electric vehicle and battery production ...

BENTONVILLE, Arkansas: Walmart will become the first major U.S. retailer to significantly invest in indoor vertical farming, after announcing it ...

SATKHIRA, Bangladesh - The Royal Institute of British Architects (RIBA) has recognized an 80-bed Bangladeshi hospital in the coastal area ...