DotArcade, one of the most awaited NFT "Empire" games announces the launch of IDO on January 12, 2022 on Gamestation, and on January 15, 2022 on lauchpads: Koistarter, Onus, BSCstation. DotArcade is the first game mix between Arcade and Moba game genre. 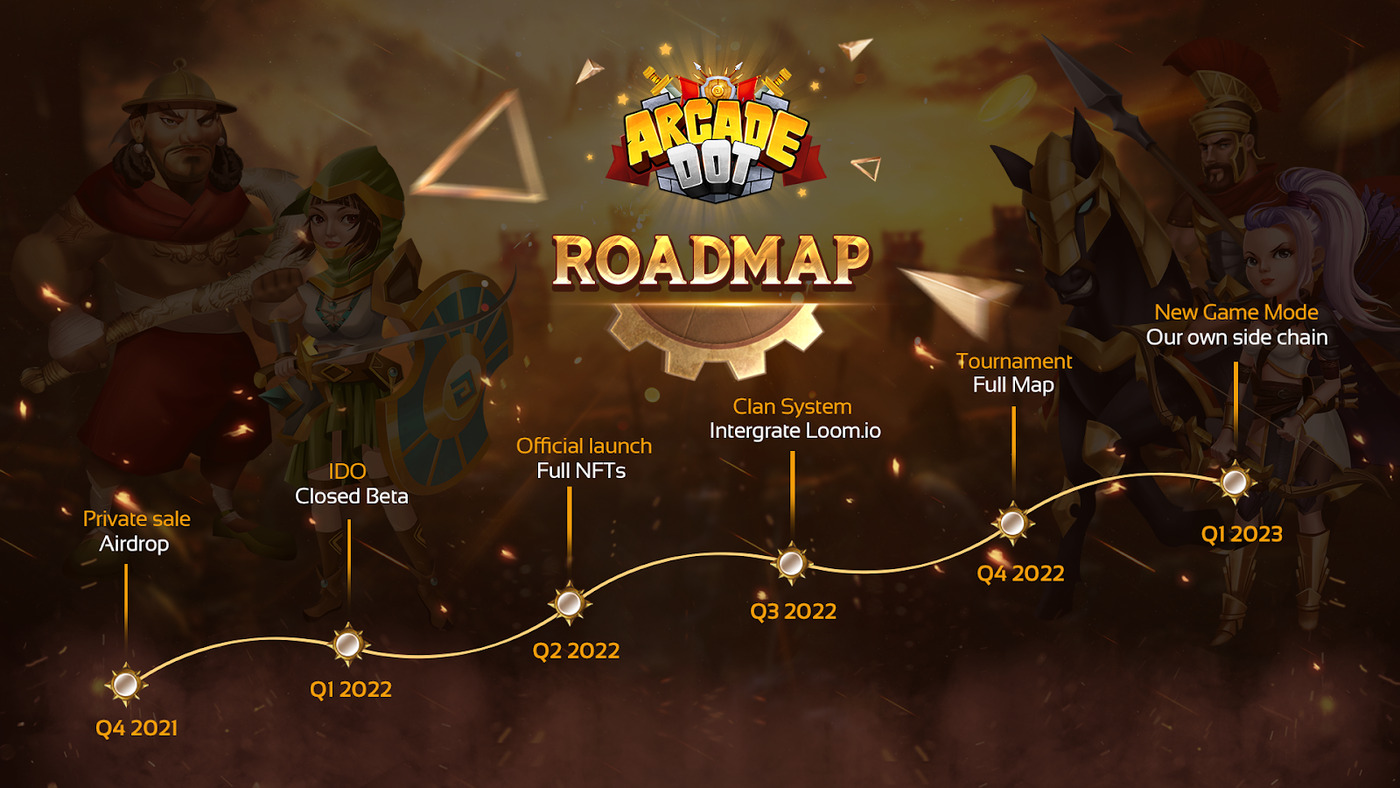 While hundreds of other NFT games are following the "old" turn-base and click-to-earn path, the Real-time strategy game - Dot Arcade - is considered to be one of the most anticipated games in 2022.

According to the information on Dot Arcade, this is one of the first NFT games with a mixture of Arcade and Moba gameplays. Further, it also has the attractive real-time battle feature.

The dedicated Dot Arcade team has completed the alpha version of the game and the full NFT version will be released in the second quarter of 2022.

As most game experts have suggested, the greatest achievement of developers is to create something that is familiar for the players - not to make it too difficult for them to play. This is the key advantage of Dot Arcade, this empire-building and battles-fighting game has a gameplay that most users would find familiar. Dot Arcade reminds players of the fun they had playing "legendary" strategy games like Ages of Empires or Clash of Clans.

Dot Arcade is a project that has passed the initial review round and officially entered the community evaluation round of ONUS. This demonstrates the huge potential of Dot Arcade because ONUS is the most popular cryptocurrency investment platform in Vietnam. Other projects like Heroes TD have been extremely successful after being approved and invested in by the ONUS community.

Dot Arcade has three types of characters to participate in battles including Archers, Barbarians and Cavalries.

Archers are able to launch long-range attacks or defenses and are necessary to eliminate sentry towers. Archers have high defense stats but low strength stats and are vulnerable in hand-to-hand battles.

Barbarians require the least resources and shortest time to be trained. Barbarians are strong but have low mobility stats. Barbarians are essential for battles at the beginning of each game as it requires a certain number of troops to build a stable.

Cavalries require the most resources and time to be trained. However, the Cavalries are the strongest and the most mobile characters in a Dot Arcade's battle. Cavalries are necessary for prolonged battles where both "empires" are in an advanced stage of development.

Dot Arcade has 4 different eras, users can join various Clans to strengthen their position as well as increase the chance to earn NFTs.

Dot Arcade offers two types of tokens, namely Dot Arcade tokens ("$ADT") and Trophy tokens. While the Trophy tokens will serve the in-game activities in the first few basic levels, $ADT tokens are the main token of Dot Arcade. $ADT will be used for a number of purposes including NFT trading, rank improvement, and staking for rewards. Players will need $ADTs to play the higher and more interesting quests or maps of Dot Arcade.

Players may earn ADTs and NFTs through completing the quests in the Dot Arcade team or by winning real-time battles against their opponents. Dot Arcade's philosophy is "Winners play to Earn, Losers play to Collect", which will make all players happy after playing Dot Arcade.

Dot Arcade will have various different types of NFTs which will significantly improve the position of players in winning real-time battles against their friends. Further, NFTs will also help shorten the time which a player needs to recoup his initial investment.

The Dot Arcade team consists of experienced members in various fields under the leadership of "Captain" Yoyo BiBo, who has more than 17 years in the development of mobile games and mobile value-added services. He has produced hundreds of online mobile applications, some of which have more than 1 million downloads and more than ten thousand CCUs: Vitalk, Yoyo chat, and many others.

Dot Arcade has established partnerships with various key partners including Horizen (ZEN), ONUS, BSCStation, Gamestation, GAMI, and Jade Labs. In particular, Horizen (ZEN) is a Blockchain Platform with leading security technology, Jade Labs is famous for creating a number of successful NFT games and ONUS is a Bloomberg-recognised mobile investment application that is extremely popular in the South East Asia region.

More information can be found at http://dotarcade.io

The information provided in this release is not investment advice, financial advice or trading advice. It is recommended that you practice due diligence (including consultation with a professional financial advisor before investing or trading securities and cryptocurrency).

There is no offer to sell, no solicitation of an offer to buy, and no recommendation of any security or any other product or service in this article. Moreover, nothing contained in this PR should be construed as a recommendation to buy, sell, or hold any investment or security, or to engage in any investment strategy or transaction. It is your responsibility to determine whether any investment, investment strategy, security, or related transaction is appropriate for you based on your investment objectives, financial circumstances, and risk tolerance. Consult your business advisor, attorney, or tax advisor regarding your specific business, legal, or tax situation.

LONDON, England: UK Prime Minister Boris Johnson has said that since infections are leveling off in most parts of the ...

BEIJING, China: Slovenia's plans to upgrade relations with self-governing Taiwan have angered China, which accused Taiwan of ratcheting up diplomatic ...

MEXICO CITY, Mexico: In a blow to the country's press corp, two Mexican journalists who had reported their country's slide ...

PARIS, France - TotalEnergies, a French energy behemoth, has asked the US and French governments to approve targeted sanctions against ...

NEW YORK CITY, New York: Telecom companies have rolled out 5G networks in various locations across the United States over ...

WASHINGTON D.C.: The U.S. Department of Agriculture (USDA) has said that this year's orange crop will produce a smaller yield ...

SYDNEY, NSW, Australia - Stocks in Asia fell almost across-the-board on Friday, with the biggest loser the ASX.The Australian All ...