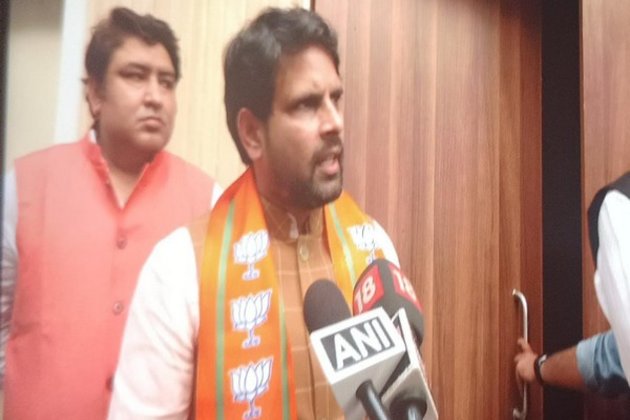 Speaking to reporters here today, Amrish Tyagi said, "This is the beginning of my political career. Earlier, I was doing managing the election work. The nation is on the path of development under the leadership of our Prime Minister Narendra Modi Ji. The Uttar Pradesh is under the leadership of Yogi Adityanath."Speaking about his father and JD(U) leader KC Tyagi, Amrish Tyagi said, "My father has been an important part of the National Democratic Alliance (NDA) for a long time. JD(U) and BJP are continuously working together for the people of Bihar. My father is a very democratic person and he supported me when I decided to join BJP when I took this decision. I believe he is happy with the decision."The development comes ahead of the 2022 Uttar Pradesh Assembly polls.

Previously, in the 2017 Assembly elections in Uttar Pradesh, the Bharatiya Janata Party bagged 312 seats out of the 403-seat Uttar Pradesh Assembly while Samajwadi Party (SP) bagged 47 seats, Bahujan Samaj Party (BSP) won 19 and Congress could manage to win only seven seats. The rest of the seats were bagged by other candidates. (ANI)