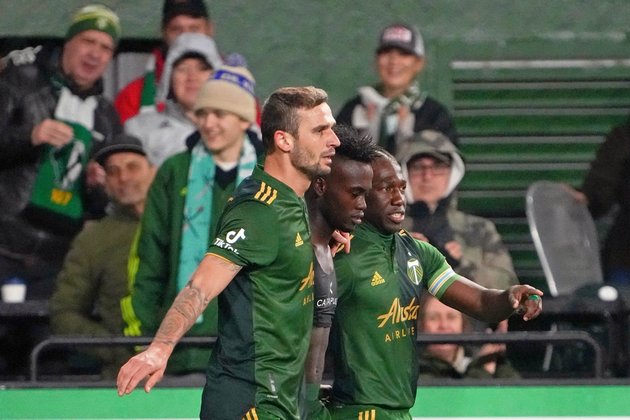 Steve Clark made three saves to preserve his second consecutive playoff shutout and seal No. 4 seed Portland's first-ever chance to host the final.

Portland won its only MLS Cup title in 2015 in Columbus under former manager Caleb Porter. The Timbers lost the 2018 final under current coach Giovanni Savarese at Atlanta.

Seventh-seeded Salt Lake sees its playoff run end after knocking off No. 2 seed Seattle on penalties and No. 3 Sporting Kansas City with a last-minute winner.

RSL was trying to reach their first MLS Cup since losing in 2013 to Kansas City. They won the title in 2009.

Already trailing 2-0, Salt Lake was reduced to 10 men in the 79th minute after Aaron Herrera received his second yellow card.

Mora's first playoff goal came after he scored a team-high 11 during a regular season, and on a night when the Timbers were without two of their best attackers.

Second-leading scorer Dairon Asprilla was out with a red-card suspension. Playmaking midfielder Sebastian Blanco made the bench but would have started if not for an injury picked up in a semifinal win in Colorado.

Mora was playing the role of provider on the sequence leading to his goal when his backheel sprung Yimmi Chara into the penalty box. Chara's cross toward the back post was cleared, but only as far as Mora, who side-footed the finish from near the penalty spot past David Ochoa.

Moreno also deserved creative credit for his goal in the 61st minute when he took a ball from Portland's own half on his chest and found a pocket of space with his first touch.

Allowed space to advance, he unleashed a shot from roughly 30 yards that dipped and struck the bottom of the left post, then bounded off the back of a diving Ochoa and redirecting across the goal line.