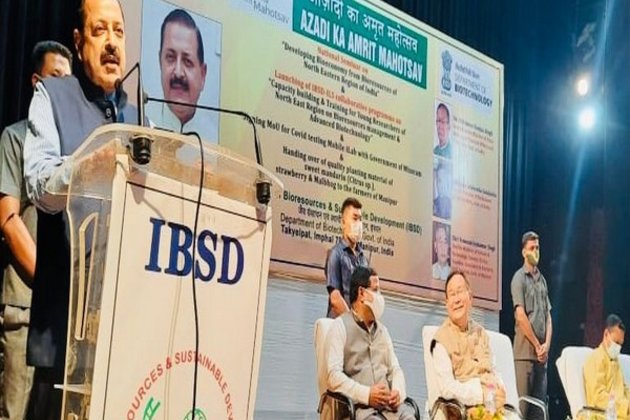 The Minister said, "The Eastern Himalayan Region is one of the mega-biodiversity rich zones and is among the 34 biodiversity Hotspots of the world. There is a need to put these invaluable genetic resources to use for the economic growth of the region in particular and to the nation in general, through biotechnological interventions."According to a press statement from the Ministry of ScienceTechnology, he was speaking after a visit to the Institute of Bio-resources and Sustainable Development (IBSD), Imphal.

Dr Jitendra Singh said, "Due to consistent and renewed focus of Modi government, India will be recognized as a Global Bio-manufacturing Hub by 2025 and will figure among the top 5 countries of the world."He said, "India's Bio-Economy is on its way to achieving a 150-billion-dollar target from the current 70 billion-dollar by 2025 and will contribute effectively to the Prime Minister's vision of a 5 trillion-dollar economy by 2024-2025." (ANI)