NEW YORK, NY / ACCESSWIRE / July 1, 2020 / Through years of original research and development, WIMI Hologram AR, the world-renowned holographic giant, has created the third-generation 6D optical field holographic technology products with an imitation of over 98%. The user experience can be described as stunning and impressive. The so-called 6D refers to the combination of 3D shooting outward and 3D shooting inward in content production, that is, VR ball multi-lens camera shooting and holographic AR ball shooting inward. The content produced can be used in both VR and AR.

James Cameron's avatar, released in 2009, was a pivotal moment in recent years in kick-starting 3D cinema technology. Through this science fiction film, many friends at home and abroad are fascinated by the magic of 3D display technology. A holographic sand table display system appears in the film, which is a military device for Earth Invaders. We don't know if we already have this device, but the effect of the military map is too strong, the longitude, latitude and altitude are more real. 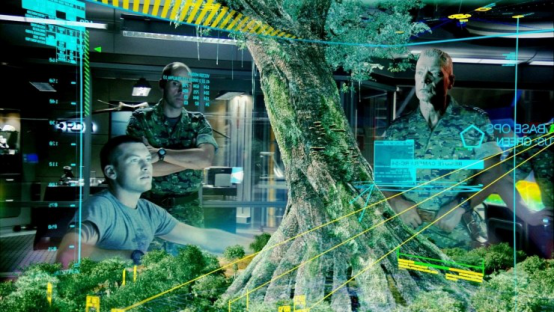 The hologram shown in the Movie Avatar has long been a human dream. If we can collect and project the light from the seven dimensions of the all-light function, we will be able to make everyone in the environment have an immersive holographic visual experience simultaneously. As an ideal 3D display technology, light field is obviously different from traditional 2D display: traditional 2D display can only provide affine, occlusion, light shadow, texture and prior knowledge. Optical field display can not only produce all the information of traditional 2D display, but also provide physiological visual information of binocular parallax, moving parallax and fuzzy focus. 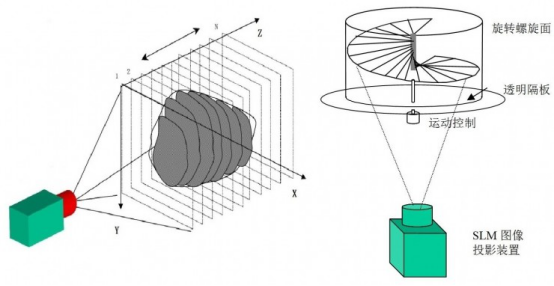 People know that light is an electromagnetic field, with amplitude, phase, wavelength and other properties. Conventional optical imaging USES an imaging chip to record the intensity of information arriving at the detector, while other information about the target is missing. This has caused great inconvenience in many applications such as 3d reconstruction and pattern recognition.

Among the five perception pathways of human beings, vision accounts for 70%~80% of the information source. About 50 percent of the brain's capacity is devoted to processing visual information. With the help of vision, we can accurately grasp the cup, quickly avoid obstacles while walking, drive the car freely, and complete complex assembly work. Everything from everyday behavior to complex operations is highly dependent on our visual perception. However, many dimensions of visual information are missing from the existing image acquisition and display. This forces us to view the three-dimensional world only through two-dimensional 'Windows'. For example, when doctors perform abdominal surgery with a single camera endoscope, they cannot determine the depth and location of the tumor, so they need to observe the tumor from multiple angles for several times before they can make slow subsurface incision. From the Angle of light field imaging, it can be explained as: because of the lack of binocular parallax, we can only rely on moving parallax to produce stereo vision. For example, the accuracy and efficiency of remote mechanical operators are far lower than those of field operations when they conduct mechanical remote control operation by watching the planar images of the monitor.

Facial recognition technology is a kind of biometric technology based on facial feature information. Camera equipment is used to collect facial images or videos, and facial image features are extracted for searching and matching with feature templates stored in the database. When the similarity exceeds the set threshold, successful matching will be output; otherwise, unsuccessful matching results will be output. Face recognition is based on digital image processing, which has always been a frontier research direction. The later stage of digital image processing technology will develop into artificial intelligence (AI).

The AR market (retail, AR hardware, e-commerce, movies/TV series, games, etc.) is expected to reach $120 billion by 2020, according to digi-Capital. From Google, apple, micro beauty holographic and other giant companies' layout AR, the next few years AR will set off a new wave.

Asteroid size of a bus comes close to Earth

Scientists at the U.S. space agency NASA say a small asteroid - roughly the size of a bus - passed ...

One of New York's finest accused of spying for China

Why Biden should not pick Michele Flournoy as defense secretary

If the Democrats manage to push Joe Biden over the finish line in November's election, he will find himself presiding ...

Life could be habitable underground on Mars, scientsts say

MASSACHUSETTS, September 23 (ANI): Recent science missions and results are bringing the search for a life closer to home, and ...

UK restaurants and pubs brace for fallout from new restrictions

An employee arranges products to be exported to Russia at a food processing company in Suifenhe, northeast China's Heilongjiang Province, ...

Uzbekistan turns to its massive gold reserves for economic relief

TASHKENT, Uzbekistan - Uzbekistan is turning to its massive gold reserves to help fight its way out of an economic ...