Here's how much a downgrade to junk will cost South Africa 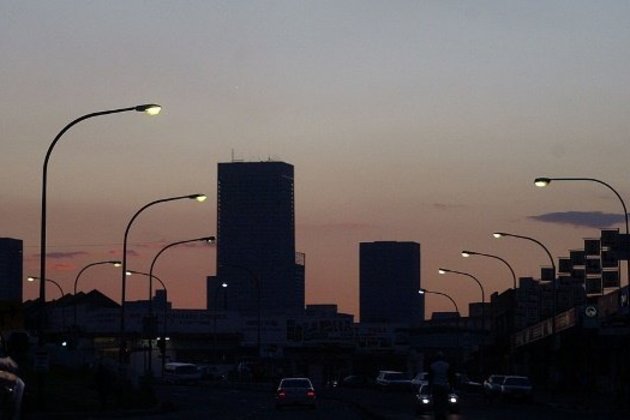 What's the cost of becoming junk? South Africa will soon find out.

The country lost its last investment-grade rating late on Friday when Moody's Investors Service cut it to Ba1, citing a weak economy and an unreliable power sector.

When markets re-opened on Monday in Asia, the effect was immediate. The rand fell to a record low, weakening beyond 18 per dollar for the first time, before paring losses. The government's local-currency debt and Eurobonds, as well as banking stocks, also dropped. The rand weakened 0.1% to 17.93 against the dollar as of 06:45 in Johannesburg on Tuesday, extending its decline this year to 22%.

There could be more to come. The downgrade will trigger South Africa's exclusion, probably around late April, from the FTSE World Government Bond Index. The gauge includes 14 currencies, including the dollar, yen and euro, and is tracked by around $3 trillion of funds.

Passive funds following the WGBI will have to dump rand bonds once they're excluded. South Africa has a 0.45% weighting in the main index, suggesting there could be roughly $14 billion of passive money holding rand government bonds. But it's impossible to tell accurately since funds can be under- or overweight South Africa, which is the highest-yielding member of the WGBI.

Here's what analysts say the impact could be on the rand and in terms of outflows from South Africa:

The Moody's downgrade may lead to $6 billion of forced bond selling, London-based analysts Michael Kafe, Nikolaos Sgouropoulos and Andreas Kolbe said. If so, that would cause foreign holdings of the government's rand debt to fall to about 30%-32% of the total from 37%. Another downgrade is possible, they said, if South Africa doesn't quickly reduce a budget deficit that was expected to rise to a three-decade high in the next year even before the coronavirus struck.

The Wall Street bank had previously estimated that South Africa would experience $6.6 billion of outflows on a Moody's downgrade. "However, the event has been expected and thus priced in for a long time and, with markets also selling off significantly this month, the actual outflow is likely to be far smaller than the original estimate," Gina Schoeman, a Johannesburg-based economist at the bank, said on Monday.

Deutsche had been advising clients to wait for a downgrade and then buy rand debt as yields rose. The coronavirus pandemic has changed that and it now thinks the rand could depreciate another 10% to 20 per dollar. "We find risk-reward as not attractive enough to get bullish immediately post the downgrade, considering the domestic challenges and the external backdrop," said Christian Wietoska, a strategist in London.

Around $3 billion of passive outflows will occur directly because of the rating cut, according to Peter Attard Montalto, London-based head of capital-markets research at Intellidex. Another $2 billion will probably exit the country once the WGBI exclusion happens, he said. He believes S&P Global Ratings and Fitch Ratings Ltd. may lower South Africa's rating in the coming months and that Moody's will do so again in the next year.

The US lender is in the more optimistic camp, predicting $2 billion to $4 billion of capital will exit South Africa. The rand will still weaken, according to analysts including Andrea Masia, who's based in Johannesburg. That will be driven in part by the central bank's decision last week to buy government bonds in the secondary market for the first time. The effect of the operation will be "to print money and expand the money supply," they said.

Outflows could total anywhere between $4 billion and $10 billion, according to Geoff Kendrick, London-based head of emerging-market currency research at Standard Chartered. But further rand losses will be limited, he said, recommending that clients sell the dollar if the exchange rate gets to 19. That's because by the end of last month, funds had already hedged their rand exposure to the greatest degree since 2015, according to the bank's calculations. Moreover, the fall in rand bonds in March - their average yield is now 11.2%, according to Bloomberg Barclays indexes - is starting to make them attractive, he said.

Tensions between Beijing and Washington add to world's Covid-19 woes

BEIJING, China - China said on Sunday that its relations with the United States were "on the brink of a ...

Protesters for and against lockdowns clash in Germany

HAMBURG, Germany - German police clashed with a large crowd of demonstrators who gathered to protest against a sanctioned anti-lockdown ...

NEW YORK, New York - Stock markets in Europe and Asia made gains on Monday, while investors and traders in ...

LOS ANGELES, California - California avocados gained access to the Chinese market as a result of the China-U.S. phase-one economic ...

SYDNEY, Australia - Tokyo and Sydney shares took off on Monday, and while stocks gained in Shanghai and Hong Kong, ...

DUBAI, UAE - The world's largest themed mall which caters for more than 21 million visitors a year has had ...

Birds of Prey (and the Fantabulous Emancipation of One Harley Quinn