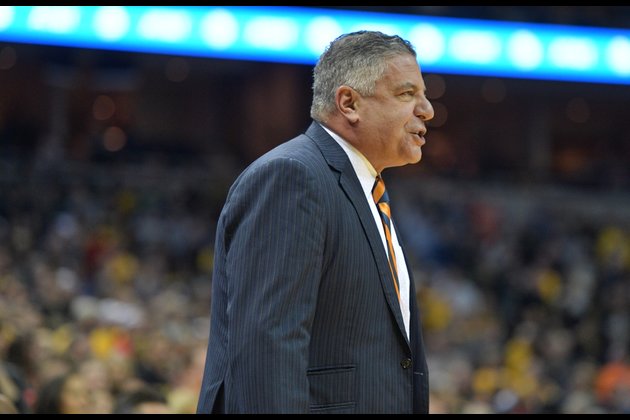 Kobe Brown added 10 points and nine rebounds for the Tigers, who capitalized on a late first-half run and led by 13 points at the break.

Austin Wiley had a team-high 22 points and 10 rebounds for Auburn, which fell out of a first-place tie in the Southeastern Conference and has trailed by double digits in the second half of five consecutive road games. The Tigers (22-3, 9-3) shot just 1-for-17 from 3-point range.

J'Von McCormick (21 points) and Samir Doughty (16 points) followed in double figures for the Tigers. Auburn held 33-26 edge on the glass.

Missouri stormed to a 45-32 halftime lead behind 65.4 percent shooting that included 5-for-8 accuracy from long range. Smith sparked the surge with 18 points, while Pinson followed with 15 points on 6-for-6 shooting.

Auburn never led after that. The Tigers were within eight points with 11:27 to go, but the hosts pulled away again, leading by as many as 17 down the stretch.

Auburn's woes included a Flagrant 2 foul that prompted the ejection of Devan Cambridge with 9:59 to play. Tied up with Missouri's Javon Pickett under the basket, Cambridge pulled Pickett to the floor. Although officials initially whistled Pickett for a foul, a review of the play showed Cambridge stepped on Pickett after the scrum.

Auburn ultimately felt the absence of standout freshman forward Isaac Okoro, who missed the game with a hamstring injury. Okoro, who averages 13.1 points a game, suffered the injury during Wednesday's home victory against Alabama but was seen walking on campus the following day, limping with the assistance of one crutch.

Missouri was again without guard Mark Smith (lower back) and center Jeremiah Tilmon (foot stress fracture) but still snapped a three-game skid in the series.