Bomb scare in Derry/Londonderry set a trap for police 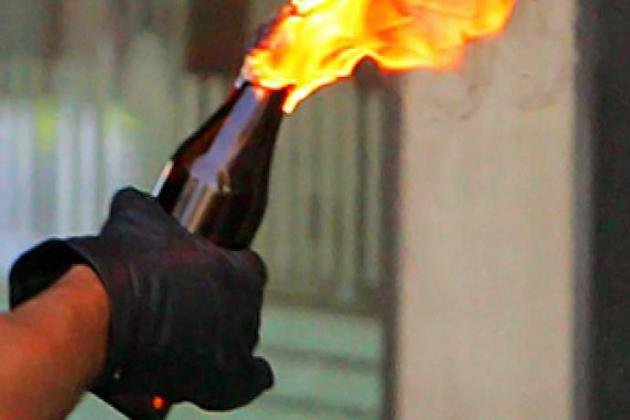 DERRY/LONDONDERRY, Northern Ireland - Ugly scenes took place in the Moss Park area of Derry/Londonderry on Thursday night when police were called out on a suspected bomb alert.

An apparent explosive device had been discovered in the vicinity of St Paul's Primary School which was being used as a polling station, just before 7:00pm.

When police responded to the security alert, and as they arrived on the scene, they came under attack with five petrol bombs being thrown at them. One of the petrol bombs thrown was in the Glengalliagh Park area where there was a number of children near where it landed.

Police have recovered six petrol bombs from the area, along with 20 paint bombs and two crates of empty bottles.

Despite being under attack, officers immediately put in place a public safety operation, closing a section of Moss Road.

ATO attended the scene and carried out an examination and controlled explosion on the suspicious device. On further investigation authorities were able to determine the planting of the device was "an elaborate hoax."

All three are currently in custody assisting with enquiries.

"There is no doubt my officers were lured into the area this evening and that those involved in this orchestrated disorder had one aim in mind - to attack police," Superintendent Gordon McCalmont said Thursday night.

"This was all the more reckless by the fact that one of the petrol bombs hurled at police landed in close proximity to young children who could have been left seriously injured, or worse."

"This security alert is the second this month in this area, impacting the same community that was disrupted on May 2 during local Council elections," said the superintendent.

"It cannot be lost on anyone the disruption this has caused in the local community, let alone the potential for serious harm that could have been caused."

"I want to thank the public for their patience however when it comes to keeping people safe we take no chances. I would urge anyone who has information about the disorder this evening to contact police at Strand Road on 101 quoting reference number 1639 of 23/05/19."

Afghans to farewell U.S. troops, as Taliban prepares to take over

LONDON, UK - The only element of the Afghan peace plan going according to schedule is the withdrawal of American ...

WASHINGTON, DC - The U.S. government has filed a forfeiture complaint and warrant against four Iranian vessels travelling to Venezuela ...

Some 120,000 members of the U.S. National Guard have responded this year to natural disasters - floods in Michigan, wildfires ...

LONDON, UK - It was a quiet day on world markets on Friday with U.S. markets closed ahead of the ...

SYDNEY, Australia - Stocks in Asia extended gains on Friday as strong payrolls data out of the U.S. and a ...

Axis Bank to wind down and close operations in Britain

MUMBAI, Maharashtra, India - Private sector lender Axis Bank is fully winding down and closing operations of its subsidiary in ...