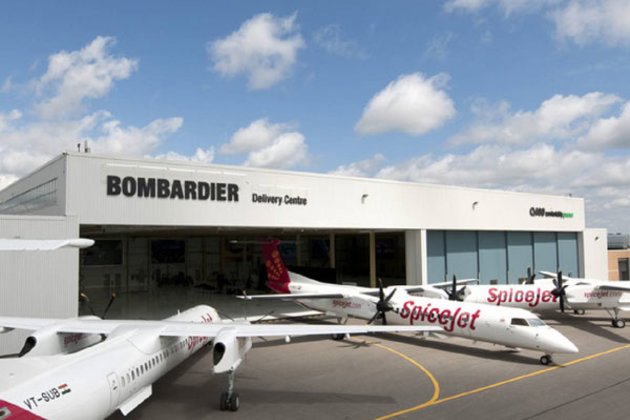 Three of these planes will join SpiceJet's fleet in the next 10 days while the remaining two will be inducted by June. The airline had last week announced the induction of 16 Boeing 737-800 NG aircraft on dry lease.

"The sudden reduction of aviation capacity should in no way hamper air connectivity to the smaller towns and cities of India," said company's Chairman and Managing Director Ajay Singh.

"As the country's largest regional operator, SpiceJet will make all possible efforts in this direction. As part of our efforts to augment capacity and minimise passenger inconvenience, the airline will induct five more Q400s in addition to the 16 B737s we announced last week," he said in a statement.

The 90-seater variant is part of SpiceJet's second purchase order for up to 50 Q400 turboprops placed in September 2017. This was the largest ever single order for the Q400 turboprop aircraft programme valued at 1.7 billion dollars.

The airline has already inducted five planes as part of this order. SpiceJet also operates a 78-seater variant of the same aircraft.

The airline operates 516 average daily flights to 60 destinations, including 51 domestic and 9 international ones. The airline has a fleet of 48 Boeing 737, 27 Bombardier Q-400s and one B737 freighter.

India's Navy repatriates 687 citizens who were stranded in Iran

CANBERRA, Australia - We now know just how massive the fastest-growing black hole in the universe actually is, as well ...

The Taliban says it has held a video conference call with U.S. Secretary of State Mike Pompeo during which the ...

The UN High Commissioner for Human Rights warned Israel on Monday not to proceed along the "dangerous path" of annexing ...

SYDNEY, Australia - Stocks rose across the board in Asia on Thursday with Chinese indices doing best.The U.S. dollar meantime ...

Warning for owners whose dogs are attacking sheep on Irish farms

DUBLIN, Ireland - An alarming number of attacks by dogs on sheep has prompted an appeal from gardai for dog ...

A group of investment firms and shareholders is lobbying Nike, FedEx and PepsiCo to end their sponsorship agreements with the ...

NEW YORK, New York - Stocks in the U.S. were mixed on Wednesday with the Dow Jones falling 77 points, ...

Two-thirds of Airbus' 15,000 job cuts to be in France and Germany

TOULOUSE, France - Airbus says it plans to adapt its global workforce and resize its commercial aircraft activity in response ...

American companies given go-ahead to collaborate with Huawei

WASHINGTON, DC - In a rare twist to Washington's long-standing restrictions on the Chinese tech giant Huawei, the Commerce Department ...