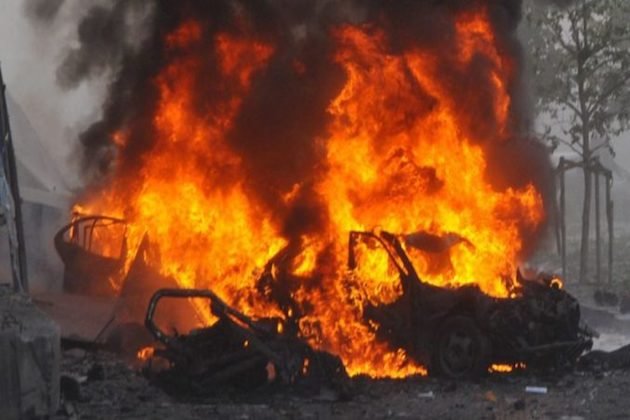 DAMASCUS, Syria - Five bomb disposal experts have been killed in a targeted attack in Syria.

A car laden with explosives travelling from the YPG/PKK-controlled Manbij to the city of Jarabulus, on the western bank of the Euphrates river, exploded at the first check point as it was approaching the city on Thursday, the head of the civil defense teams Raid Salih was quoted as saying by Turkish news agency Anadolu Agency.

Jarabulus is in the control of Syria's opposition and is part of the Euphrates Shield Operation Area.

"The vehicle detonated in Gandura, the first check point of the Operation area," Salih said.

In a separate incident Thursday, in a similar attack in Afrin, also located in the Turkish-backed Olive Branch Operation area, a child was killed and 20 others were injured.

Jarablus was in the hands of Daesh until liberated by Turkey's Operation Euphrates Shield in September 2016.

The town of Manbij and nearby areas are now controlled by the U.S.-backed Syrian Democratic Forces (SDF), which fought and defeated Daesh, ousting the group in August 2016 after they had controlled the town for more than two years.

WASHINGTON, DC - Under siege in the White House, President Donald Trump is aggravating America's latest racial anguish in a ...

JERUSALEM - Israel's defense minister apologized on Sunday for the Israeli police's deadly shooting of an unarmed Palestinian man who ...

DUBAI, UAE - The Dubai government is to relax restrictions on wearing face masks in public.Until Sunday, everyone regardless of ...

Something is Deeply Wrong in the American Psyche

Americans continue to shun use of masks

ALEXANDRIA, VIRGINIA - At a grocery store in Alexandria, Virginia, customer Laura Shafor was dismayed about a couple who weren't ...

NEW YORK, New York - U.S. stocks made modest gains on Monday, kicking off a new week, and month.With the ...

CO CORK, Ireland - A U.S. manufacturer of essential oils, health and wellness products is developing a manufacturing plant near ...

Dubai getting back to business after lengthy break

DUBAI, UAE - Malls throughout Dubai are slowly building their business after being dormant for some weeks due to the ...

SYDNEY, Australia - Stocks in Asia rallied sharply on Monday, as the U.S. dollar crumbled. The big winner on equity ...

News Corp's closing of its community and regional papers, with few remaining and others online-only, cancels centuries of beliefs about ...