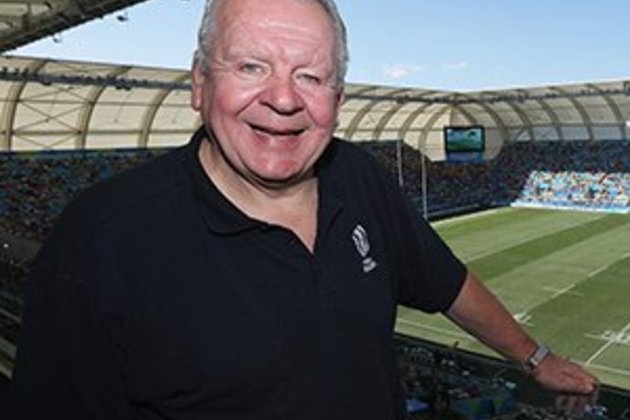 Tokyo - World Rugby chairperson Bill Beaumont suggested on Thursday the World Cup could be held in non-traditional rugby nations following France in 2023, as he hailed the game's growing popularity in Asia due to Japan's hosting of the tournament next year.

With exactly 12 months to go until the battle for the Webb Ellis trophy kicks off in Tokyo, Beaumont also predicted one of the most competitive and unpredictable tournaments yet, tipping free-flowing Fiji as a dark horse team to watch.

"World Rugby will have to have a philosophical debate going forward" over where future World Cups should be held, Beaumont told reporters at an event to mark the year-to-go celebrations.

"It's important that we are commercially successful but we do need to have that debate whether the next World Cup following France will go to an emerging country or an established country that actually needs a bit of help as well," he added.

"Do you say to Argentina, do you say to Ireland, Canada, the USA, these are countries we're going to because actually strategically, that is going to make the biggest difference in that area?"

Beaumont said the decision had been taken to award the World Cup to Japan - far from a traditional rugby stronghold - because of the "huge growth potential" in Asia.

Asian rugby officials aim to get one million more people playing the game and they are nearly 90 percent of the way to achieving that, he said.

"In fact, there are over 200 000 more rugby players here in Japan than there were two or three years ago, which is a huge achievement," said the former England captain.

On the pitch, smaller rugby countries are closing the gap with traditional giants New Zealand, Australia, France and the home nations, and Beaumont predicted next year's tournament would be very tight.

He said that "none of the so-called fancied teams will want to play against Fiji" who have twice upset the odds to reach the quarter-finals in rugby's showcase event.

Fiji kick off their campaign on September 21 against Australia, who have endured a torrid time in the Rugby Championship, losing to Argentina last week for the first time on home turf in 35 years.

"Last World Cup they (Fiji) had a very tough group. This time, if they get their act together, they could really get to the quarter-finals or even go further," said World Rugby vice-chairperson and former Pumas captain Agustin Pichot.

Beaumont noted that the mighty All Blacks, the World Cup winners in 2011 and 2015, had shown a crack in their armour, losing 36-34 last week to South Africa.

"You are seeing England in a bit of a decline, what are they going to be like? New Zealand lose a game, everyone goes 'wow'. Argentina are coming back strongly. Ireland and Wales look very strong. South Africa look strong," said Beaumont.

"The actual competition itself will be really good, really tight in all the games and it should be an outstanding spectacle to showcase our game."

The shock defeat of New Zealand to the Springboks has given other teams some hope that the all-conquering All Blacks can be beaten.

The World Cup kicks off on September 20, with hosts Japan taking on Russia in Tokyo, hoping to emulate their heroics of four years ago when they shocked South Africa.

"We don't know yet how the Japanese team is going to go but being local, having that home advantage, they will be serious contenders to do something special," said Pichot.

"They show up for big tournaments."

WASHINGTON - Kurdish officials in northeast Syria are expressing disappointment following a vote by the United Nations Security Council that ...